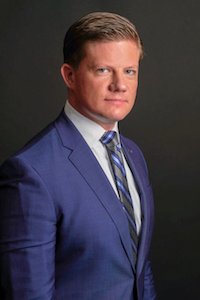 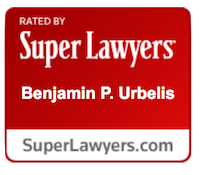 Ben Urbelis is a highly skilled attorney who has been trying both jury and jury-waived cases in the Massachusetts courts for over 14 years. While he was a law student, Ben worked as a student- prosecutor with the Norfolk County District Attorney’s Office.  He eventually tried several cases as a lead prosecutor for the Commonwealth of Massachusetts and won 80% of his jury trials prior to even passing the bar exam, against much more seasoned attorneys. Even with his hectic schedule of prosecutor-by-day, law student-by-night, and studying for the bar exam (which he passed on the first attempt), Ben managed to bartend on the weekends in order to help pay for law school.

After his time with the Norfolk County District Attorney’s Office, Ben decided to become a defense attorney, using his experience as a prosecutor to fully understand how both sides of the Massachusetts criminal justice system operate. He worked exclusively on drunk driving casesduring his first year with a small criminal defense firm, winning every case he took to trial.

In December 2009, Ben established The Urbelis Law, and has not looked back. He enjoys helping people get their lives back after facing the anxiety and uncertainty of a criminal charge. He understands how to handle the different challenges presented in each case, due largely to the variety of cases he handled as a prosecutor and continues to handle today. His success and reputation as a zealous advocate has earned him the respect and confidence of his legal peers, many of whom regularly refer their criminal matters to Urbelis Law. Ben has earned a variety of trial advocacy award, including "Top 100 Trial Lawyer" by National Trial Lawyers, "Top One Percent" by National Association of Distinguished Counsel, "Top 100" by American Academy of Trial Attorneys, and a "Rising Star" by Super Lawyers' Magazine.  Ben has achieved "Not Guilty" verdicts in over 80% of the cases he has taken to trial as a defense attorney.

Most recently, 289 Boston area law firms specializing in DUI defense were analyzed and Attorney Urbelis was selected to the list of "Top 20 Boston DUI Lawyers."

Ben has been interviewed by the press on matters of criminal law, and his articles have been published in legal periodicals such as Massachusetts Lawyers Weekly.

In addition to his legal practice, Ben is actively involved in the community.  He especially enjoys working with youth organizations and providing guidance for anyone who may be considering a career in the field of law.  Ben is frequently invited to speak at middle schools and high schools to discuss his practice and the criminal justice system.  He also currently holds the position of attorney-coach for Central Catholic High School's mock trial team, where is is also on the school's Alumni Board of Advisors.

Ben holds a Juris Doctor from Suffolk University Law School and a Bachelor of Science in Business Management from The University of Connecticut.

Contact Us
Practice Areas
Client Reviews
★★★★★
"Ben Urbelis recently represented me in an OUI case in which I had crashed my car. I honestly did not believe I had any chance of beating it, but fortunately for me Ben was outstanding and all charges were dropped. In my first hearing he was calm, assertive and straight to the point. I was extremely impressed and satisfied. I left my hearing feeling confident that I had made the right choice of hiring him. I am positive I would have lost this case and walked away with an OUI if I hadn't. I am very happy with how he handled my case and how reassured I felt having him as my lawyer." MC
★★★★★
"When I found myself charged with my 3rd DUI I was certain without a doubt that I was facing 6 months to 2 1/2 years in state prison. I can’t believe you were able to guide me calmly through the whole nerve wracking process, never sugar coating anything, staying honest and always keeping me informed the whole time. I still can’t believe that in the end you pulled off a miracle to avoidany jail time. I would recommend you to anyone in the same situation. Thank you so much. You saved me.” JL
★★★★★
"I want to personally thank Ben and his wonderful a staff at Urbelis Law for what an outstanding job they did for my son and his friends! Ben went above and beyond for them, with a successful outcome. I would highly recommend Ben to anyone that would need his services, he was wonderful!" Gina
★★★★★
"Huge thank you to not only my friend, but my lawyer,Ben Urbelis..I presented him with a case that at first was a bit tricky on paper... but we worked hard together and got all information we needed to prove i was innocent! He knew from the get go a year ago that he was gonna smash this case, and he did!! Cant thank you enough man! If anyone needs a lawyer, hes your guy... no question" PB
★★★★★
"Thank you for your excellent representation in this matter. Coming from out of town, it wasreassuringto have an attorney who was so well organized and on top of the process. It was very clear that the judge was not only familiar with you, but had a great deal of respect for you in the courtroom. I appreciate all the effort you put into my case, and thank you again for a successful representation!" RC
View More
Submit a Law Firm Client Review